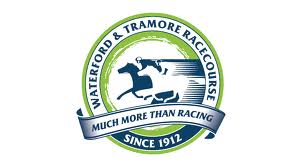 Ontheropes (Ruby) goes for the 2m 5f maiden hurdle. This is his hurdling debut but he has point to point experience and has schooled well at home. He hasn’t set the world on fire so far but we think he is more a jumper than a bumper type. This trip will suit and he will like this track. He needs to improve a bit but we think he will.

We run three in the 2m 5f conditions chase. Augustin (David) He has had his training problems which have kept him off the track for a year. Ideally, he would need a longer trip than this. Pylonthepressure (Ruby) has also been off the track for a long time and he pulled up on the last two occasions that he did run. He is probably best watched today. Class Conti (Paul) is having his first run for us. The form he showed in France in his younger days is far better than anything on offer by today’s rivals. If he can reproduce that level of form here he should be very difficult to beat.

Patrick will have to get down his lightest to ride Stops A Nation in the bumper but it could be worth it. She is a half-sister to Wicklow Brave and we have been eagerly waiting to get her on the racecourse. She shapes well on the gallops at home and we are looking forward to seeing how she gets on here.